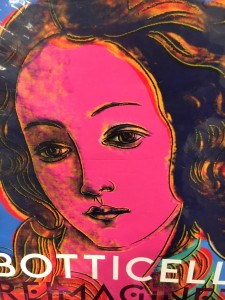 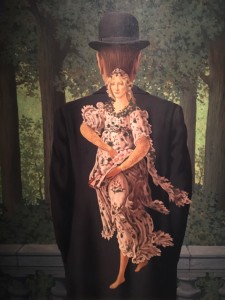 Art Spring in London is extremely exciting and colorful. I propose my selection, which you can easily do over one day. Botticelli reimagined at Victoria & Albert museum, Jeff Koons at Newport street gallery and Pablo Bronstein in Tate Britain.  Plenty of choice.

I think Botticelli reimagined exhibition is not to be missed. You will find there around 50 works of Sando Botticelli, but also works of artistes which were inspired by him. The first image on the top is from Andy Warhol – subliminal reproduction of Venus Birth with much known Warhol colors. What a nice idea to give Venus rose color skin. The second image is my favorite I think from all the London trip: Rene Magritte. This time Venus is painted on a man’s back. We do not see the man’s face, we just see him in a classical suit and hat, while Venus appears as an inspiration, maybe alter-ego or the opposite, a back-up or just simply a dream. 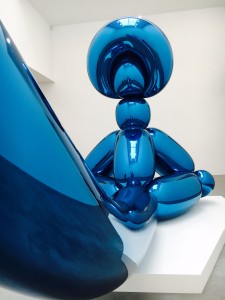 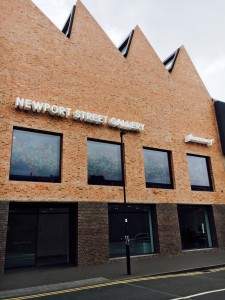 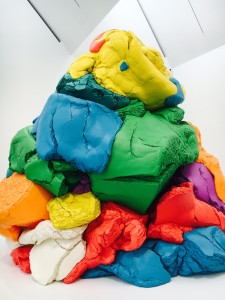 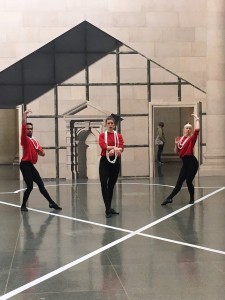 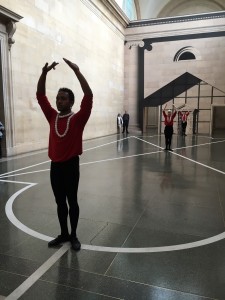 Finally, on a slightly different register – Pablo Bronstein made an installation and produced a live performance in Tate Britain. Good news is that the entry is for free also, and the performance runs all day long, you will have all chances to get it. It was a commission from the museum and Pablo succeeded well, it is great idea to bring live into museum, where generally speaking there are often only finished artworks. It is kind of meditative experience to see professional dancers running baroque style movements, following lines white marks on the floor, making passing by visitors stop and look. Do not miss it.